You’ve all blown my mind

You’ve blown my mind. Over 200 of you replied to my last blog, “No More Pretty,” or emailed me personally with love.

Wow, has this been a big a lesson for me.

First of all, I wrote that newsletter (about my new bald life) to give you permission to let go of any hidden need to come across to the world a certain way.

I wanted you to share in my liberation by finding one of your own hidden needs to release.

So I asked you to post your personal liberation, or revelation, whatever that may be.

You know what you all told me instead? That I’m pretty no matter what. Holy heck that was sweet.

Even my hairdresser texted me that I rocked the fake Mohawk in my photo (and good god she sure hasn’t seen me for awhile!).

And it overwhelmed me. All of it.

Because of course it gave rise to another thought: I’m not a loner or a solo flyer anymore. I can drop that belief now.

So there I was thinking about this as I was zipping up the freeway to Long Beach for my next cancer treatment. My mother was driving and as usual we were getting lost and chatting about work, life, kids, and yeah, chemo.

The whole time, my phone was beeping and buzzing with your comments pouring in.

And I’m wondering: “All these people really care. Why?!”

Stressed? My favorite way to drop it.

Once a month, I take a flex week. This is a week where I may work, or I may not. But I don’t schedule any of my normal work.

Instead, it’s my week to daydream, see my friends, go on a mid-week overnight trip with my family, or just chill out for a few days.

I worked hard to create this life. Moreover, I Flowdreamed consistently and took committed, inspired action toward it.

But as with everything, I have to allow myself some regular downtime in between all my work and manifesting. I need to clear the space and detox. 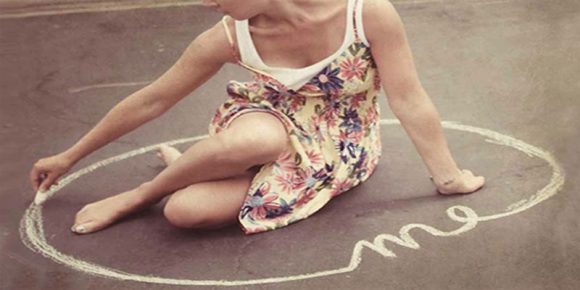 Uh…which one of us needs therapy in this relationship?

“Am I letting you get away with too much? Am I enabling you? Or are you the one with the problem?”

“Why do you say ‘okay I’ll change’ and then a month (or less!) later, we’re just back to where we were before?”

“When should I just give up and walk away? How can I know that feeling with 100% certainty, instead of the constant confusion I now feel?”

These are questions I hear all the time.

The latest set came from one of my closest girlfriends, Jenny.

She’s sniffling on my patio couch, her bare feet tucked up under her, arms around her knees. She’s beautiful, super athletic, and a sucker for exciting guys who have the same strong personal growth trajectory that she has. The men she chooses also have a tendency to get very weird in relationships.

Three marriages later, you’d think she’d know by now how to spot the men who’ll eventually trample her. And for that matter, the close girlfriends she’s had who’ll also make her end up feeling in the wrong.

The latest is that she’s broken up with Jake.

I remember when Jake was so amazing. Then he started getting…odd.

It began with jealousy: Was she flirting with other guys? Was she having too much fun with her girlfriends on girls night? Had she ever slept with one of her oldest and best friends, who happens to be a guy?

Jake began rifling through her email and texts, and when he found her old Tinder profile, went full out on the offensive.

Being stuck is a choice.

There are a couple of really good songs this summer that I’m trying hard not to listen to too much.

I don’t want to end up hating them, like I did with “All About That Bass.”

So I know how it feels to want to Flowdream for something, pop in the Flowdream mp3, and think, “Oh not this again.”

That’s one of the reasons why I created playlists.

Playlists are groups of Flowdreams that address a single desire, but through multiple emotional states.

And that’s the other reason that Playlists are the way to go.

Since we often don’t know what areas are truly blocked, with a Playlist you have a much better chance of busting through and getting your Flow moving.

A playlist has you using several emotional paths instead of just one.

For instance, sometimes I’ll talk with someone who has to make a decision. They feel frustrated and stuck. No options seem right.

It would seem obvious to suggest that they use the single Flowdream “Effortless Decisions” and be done with it.

But sometimes, going straight-on like that is counterproductive-it can make a person feel even more frustrated if the right answer doesn’t pop up after a few listens.

That’s why instead I recommend the “Get Unstuck! Playlist.” Your inability to make a choice could be there for a variety of reasons, and the playlist unearths them for you.

What ever happened to sweet little Flow??

I’ve known this question was coming for a while: “What happened to sweet loving Flow and manifesting!? Why are all your emails now about ‘going big,’ owning your power, facing fear, and on and on? Holy mackerel!

What happened to all your sweet flowy lovey stuff about ease and the Flowdreaming technique and all that?”

Hahaha! Okay, that’s a compilation of questions a few brave souls have asked.

Here’s the answer: I’ve written for YEARS about how to get into alignment.

How to find your Flow, and stay in it, and play and create in it! And how the Universe really LISTENS and OFFERS itself to you, everyday. And how when you’re truly in Flow, everything you do is 100% easier and more rewarding. And I probably will write about all that again, maybe even soon.

But some big, huge issue began pestering me a while back, having EVERYTHING to do with manifesting and Flow-my manifesting, your manifesting, all of us and all our Flows.

Oops! or excellent? Can you manifest unintentionally?

Here is the email that popped up in my inbox this morning.

“I have been listening to the Prosperity Challenge for awhile now. . . . And prosperity is starting to appear in my life!  . . . As of late, I’m listening to tracks from Prosperity Challenge at work, on the train, in the car, during emails, multi-tasking. I know it’s not the same as participating and creating in the Flowdream, but I feel your words and am sort of assimilating them thru osmosis. And it’s GOOD. I am much more self-aware of my thoughts, projections, intentions, possibilities than ever before.

My question is: Do we need to be careful when listening and multi-tasking? If I found I’m irritated by my co-worker or get impatient with something while listening casually, are these things going into my flowdream and creating more of that outcome? I feel I can go into the flowdream a lot quicker now than in the beginning so it seems easier to put any thought and feeling into the flowdream, even when not fully engaged. What do you think? Should one be careful with that?”

Here is my answer, Dina. I’ll share it as a story.