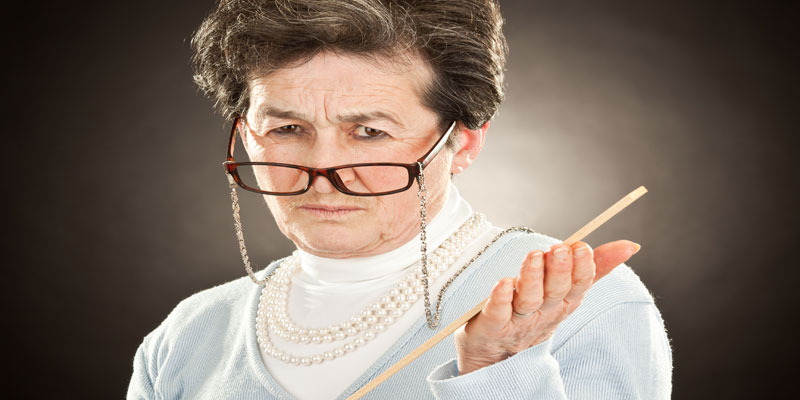 I get hate mail all the time. I’ve gotten it for years. It started at least a decade ago or more, when I created Hay House Radio, and people would send me, the Network Producer, hate mail about the particular shows I aired and how I should run them better or even kick certain hosts off the station. (Yes, Wayne Dyer got hate mail, Louise Hay got hate mail….it’s pretty universal). It taught me a lot about people.

So for no particular reason, I found myself trolling my old book reviews this morning, and getting a laugh out of the particularly hostile ones. Book reviews can be a form of hate mail.

Here’s a condensed excerpt of a book review I stumbled on that’s so bitter, I even forwarded to my mom (she gets a laugh).

“Apart from coming across as abrasively full of herself ”¦ in fact it is apparent that Ms Summer has lived a very nice life and apparently has no concept of how bad life can get, how little control ordinary people may have over certain things. It seems to me that Ms Summer is the lucky owner of a newly minted soul, a first lifer (you get them), still reflecting the in glory of wholeness. How nice. Enjoy it while you can.

If I were you Summer, I would have a serious chat with my ‘guides’, your higher self or wherever you are getting your guidance from, because the info you are getting is flawed. Also, read a bit perhaps. Find out what’s out there before making sweeping statements about life, the universe and everything. A considerate person would hedge her bets, show some humility (none here!!!) and show some understanding for the common human experience, which is in fact not all colored roses bubbles and bliss.”

If I were this woman, I’d have thought, “No big deal. I don’t like this book. Move on.”

And if I’m not careful, this means that not only could I get really upset or sad, but even worse . . . I could begin to subconsciously hold this other person’s opinion of me inside myself.

If I believe her, and feel hurt by her, then I’m accepting her opinion inside me of who I actually am.

And if I did that, I’d be letting this stranger have power over me, from inside me. Then I’d start to fail to me be, and become a little more like her.

I’d have given her that power over me. Follow that? That’s the Big Daddy concept here.

It’s not about whether or not you’re hurt by words, it’s the slow build-up of doubt they can create. It’s someone else telling you how to think and feel, and if you believe them even the teeniest bit, then you start living a little less like yourself, and a little more like them.

Her words remind me of other emails and reviews I’ve received, most of which tell me how in some way or another I’m fatally flawed, selfish, insensitive, or ignorant and then prescribe how I should fix myself.

Which leads me to remember another email I got a few years back in response to a newsletter just like this one, which, I’ve started to realize, did in fact affect me.

Here’s how that one went down:

I’d used the word “pissy” in an email to describe something ”¦ well ”¦ pissy. As in: whiny, immature, and self-centered.

The critic in my email said she was promptly unsubscribing due to my “white trash language.”  (Apparently, she didn’t know that “white trash” is actually a racist term, worse than “pissy” at least from a social angle.)

However ”¦ fast forward and here I am, realizing I haven’t used the word pissy in an email ever since. Nor have I used the words monkey-balls, asshole, or any other word my friends who know me would say I use with unusual regularity and gusto.

But this email today is not about cursing, or even judgey book reviews. It’s about limitations-especially hidden limitations, and how they’re made.

Because I just found one.

And damn it, Pissy Lady was part of it. I’m irritated at myself that she snuck through and impacted me after all. My language has been pristine-clean ever since.

Our inner walls are framed, often invisibly, by the input and reactions of everyone around us and those channel the way we express ourselves in the world.

For example, if your mother told you you weren’t the prettiest girl, you’ll have defined yourself by that and shut off certain possibilities for yourself, while opening others. This means that in Flow-thinking, our walls are fundamentally what limit or channel our ability to create and manifest.

(Incidentally, this is one of our biggest focuses in M.E. School, where we do a LOT of wall busting and rebuilding, because it’s these walls that either trap you or free you.)

There’s no point in being in Flow if you yourself are constantly limiting and restricting this Flow into only diminished channels that you can energetically accept.

And critically, you have to see these channels before you can evaluate whether they’re working for you (meaning leading you to the prize, my pretty rat!) or restricting you from ever even desiring the prize in the first place because someone, somewhere, had helped wall it off from you, based on their feedback about who you are, what you should want, and how you should behave.

Which led me to realize just this morning that I’ve been unconsciously self-censoring myself in emails-allowing my fear of upsetting a few people to sacrifice my authenticity-ever since Pissy Lady.

This means I’ve been unconsciously favoring the sensitive, censorious, and judgmental types over the creative, fierce, and open types every time I write monkeyb***s instead of monkeyballs. This makes no sense.  And it’s sure as monkeyballs not me.

So going forward, you might see some juicy, weighty, eyebrow-raising f-bombs in my emails. Or you might not. It’s still my choice.

The question for you is:

Pull up the floorboards. Start looking. It’s crazy rewarding when you do.

The result is you get to be more of you, not them, and you become that beautiful open, radiant essence of uniqueness that you are meant to be-uncluttered by other people’s limited beliefs about who you are.

Then Flow responds to that with a flowering of opportunities way beyond what you’ve ever had before.

Now post below, and tell me if I’ve offended you.

My true love to you all,

P.S. If the idea of learning how to be more YOU is becoming a high-priority in your life, then I highly suggest M.E. School. We’re already enrolling our next wave of students. If you want to talk to me or one of my amazing coaches about M.E. School, click here.

I get hate mail all the time. I’ve gotten it... END_OF_DOCUMENT_TOKEN_TO_BE_REPLACED