Meet Summer, the founder of M.E. School® and Flowdreaming®

Meet Summer McStravick, the woman who invented Flowdreaming and founded M.E. School. Summer specializes in the architect of emotions — the language of the universe. As a spiritual coach, she helps you harness Flow so you can program your future and experience unstoppable upleveling and personal inner growth in every aspect of your life. 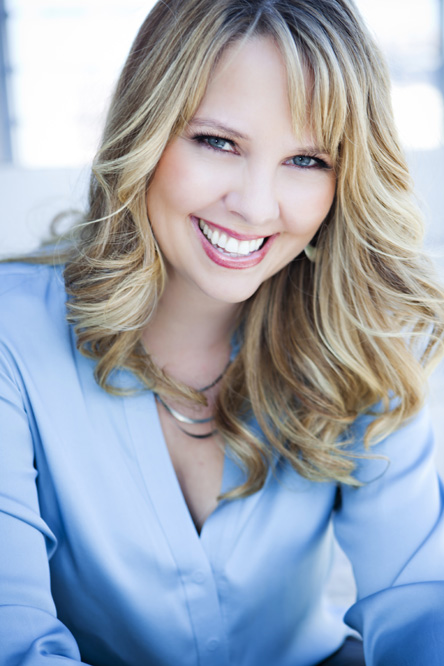 Summer McStravick is also known for her extraordinary background as having been hand-selected to work for Louise Hay, where she had the opportunity to develop a “start-up” division within the publishing company Hay House. There she created audio products and programs for a vast network of the world’s greatest spirituality, self-growth teachers and spiritual coaches.

There, Summer dreamed-up and built the studios, architecture, framework, and programs for HayHouseRadio.com, one of the first live-broadcast radio networks streamed online. She also created some of the first webinars to reach the public from any company (over 15 years ago!).

In a stroke of pure Flow, Summer was being set up for her future work as a thought-leader, author, spiritual coach, and teacher, as she worked closely with, and was mentored by, Hay House radio talents such as Esther and Jerry Hicks (with Abraham), Suze Orman, Dr. Christianne Northrup, Dr. Wayne Dyer, Marianne Williamson, Doreen Virtue, Gregg Braden, Carolyn Myss, Debbie Ford, and many other luminaries in the fields of self-help and spirituality.

It was while at Hay House Radio that Summer McStravick began to share her previously private practice for manifesting, which eventually developed into Flowdreaming® and The Flow Method.

After being recommended to the world by her podcast co-host and mentor Dr. Wayne Dyer, public demand for Flowdreaming exploded, so Summer wrote two books and recorded hundreds of audios about the technique. She finally began her life-changing journey as a  spiritual coach teaching Flowdreaming to hundreds of thousands of people.

Her books and courses have been published by Hay House US, Hay House UK, and Hay House Australia as well as been translated into French, Italian, German and Slovakian. She’s also produced courses for Mindvalley and been a featured speaker at Afest, Hay House I Can Do It, 1440 Multiversity, Glen Ivy, and Alternatives Church in London.

In 2009, Summer left her decade-long position at Hay House to teach and develop her passion for  spiritual coaching and Flowdreaming process full-time. The result has been a thriving community of fans and followers that have sprung up in over 190 countries, and her programs M.E. School and Flow On! that attract hundreds of students each year.

Summer’s weekly podcast, Flowdreaming, has also been a core part of her outreach. Now in its seventeenth consecutive year online, there are more than 680 episodes and has exceeded over 2.8 million downloads. Her live Flowdreaming show, meditations, and podcasts are featured on the Hay House Unlimited App, the Omvana App, plus Spotify, iHeartRadio, iTunes, Google Podcasts and many other venues.

The Flowdreaming podcast is Summer’s way of freely giving what she feels is core knowledge about how to live a better, fuller, freer and more rewarding life by learning to be in complete alignment with the Universe, or Flow.

Fun fact: If Summer had worked 40 hours a week, nonstop, recording her podcasts back-to-back, that would have been 16 solid weeks of free teaching, or two-thirds of a year if you include all the prep time researching and producing each show!)

Last, Summer McStravick’s flagship program, M.E. School and it’s sister program Flow On!, which is the culmination of her years of research, inner development, and spiritual coaching.

M.E. School teaches Flowdreaming and Empathic Intuition as cornerstones of personal growth, with an emphasis on manifesting, personal power, deep inner healing, and the “go bigger” mindset. Its transformational approach attracts many spiritual coaches, entrepreneurs and regular people who aim for true inner breakthroughs and empowerment.

We are so proud that M.E. School has become one of the most highly recommended coaching programs in the world today, with waiting lists to attend.

Finally, Summer loves to hear from you! She has hundreds of love letters from her fans and followers stored in her email and even pinned to her office wall. Every one is proof that Flowdreaming and her work as a spiritual coach works, and that’s the fuel that powers her day. Drop her a note anytime you wish.

On a personal note, Summer McStravick lives in Southern California with her high-school sweetheart and husband Charles, and her two school-age children. She’s a big music fan of most genres, loves her organic garden, and traveling is high on her list with over 32 countries checked off!

In 2015, Summer developed malignant breast cancer, and her present journey is taking her even deeper into the mystic water of healing, forgiveness, and inner power. You can read about her adventure with cancer in her blog.